The Many Colours of Black & White Photography

This week in In Pursuit of my Art Ed Degree…

I’ve played with black & white imagery in the past, but always as part of the post-production process of my work. Removing the colour after the shot is taken fascinates me. The missing colour always seems to give something elusive that adds tension and mystery to the images. I would say it gives a spontaneous focus on what might have been missed in the explosion of colours. This week we learned a little more about playing with light, exposure, aperture, speed, and the depth of black & white photography.

In “The Waiting”, it revealed a single bright face in the crowd. A face, perhaps not satisfied with only waiting, but interested in more of what’s going on around her. Maybe that’s why she noticed me taking this picture, even though I hadn’t noticed her looking at me when I took it.

Along with my classmate, we were aiming to capture body language of the people visiting this event, especially those waiting in lines. Our focus quickly diverted to movement.

We decided this was far more fun than crowd watching. We moved to where there would be more action and found ourselves at the entrance of the metro station. With an adjustment of ISO settings to capture the many movements of the people, we found ourselves catching ghosts. Or so it seemed…

As we played with shooting through glass, we caught multiple reflections that made the scene look crowded with phantoms.

Amazingly, the part of this experience that surprised me the most was not the joy of shooting in black & white, but the lack of interest from the subjects at being photographed. Almost no one seemed to notice us pointing our cameras at them. It makes me wonder how much I might be missing when I’m focused on where I’m going. Maybe that’s why we have photographers to occasionally capture what we miss and take for granted.

4 thoughts on “The Many Colours of Black & White Photography” 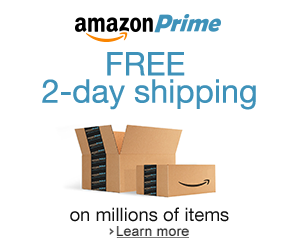 power of a child and a woman

Reflection of My Journey

Drowning in the busyness of life, and how I stay afloat, and find peace and stillness amidst the chaos

A inward journey in this outside world.

Lift your head up. Madness is Genius.

Center for Enlightenment and Personal Development

A touch of whimsy