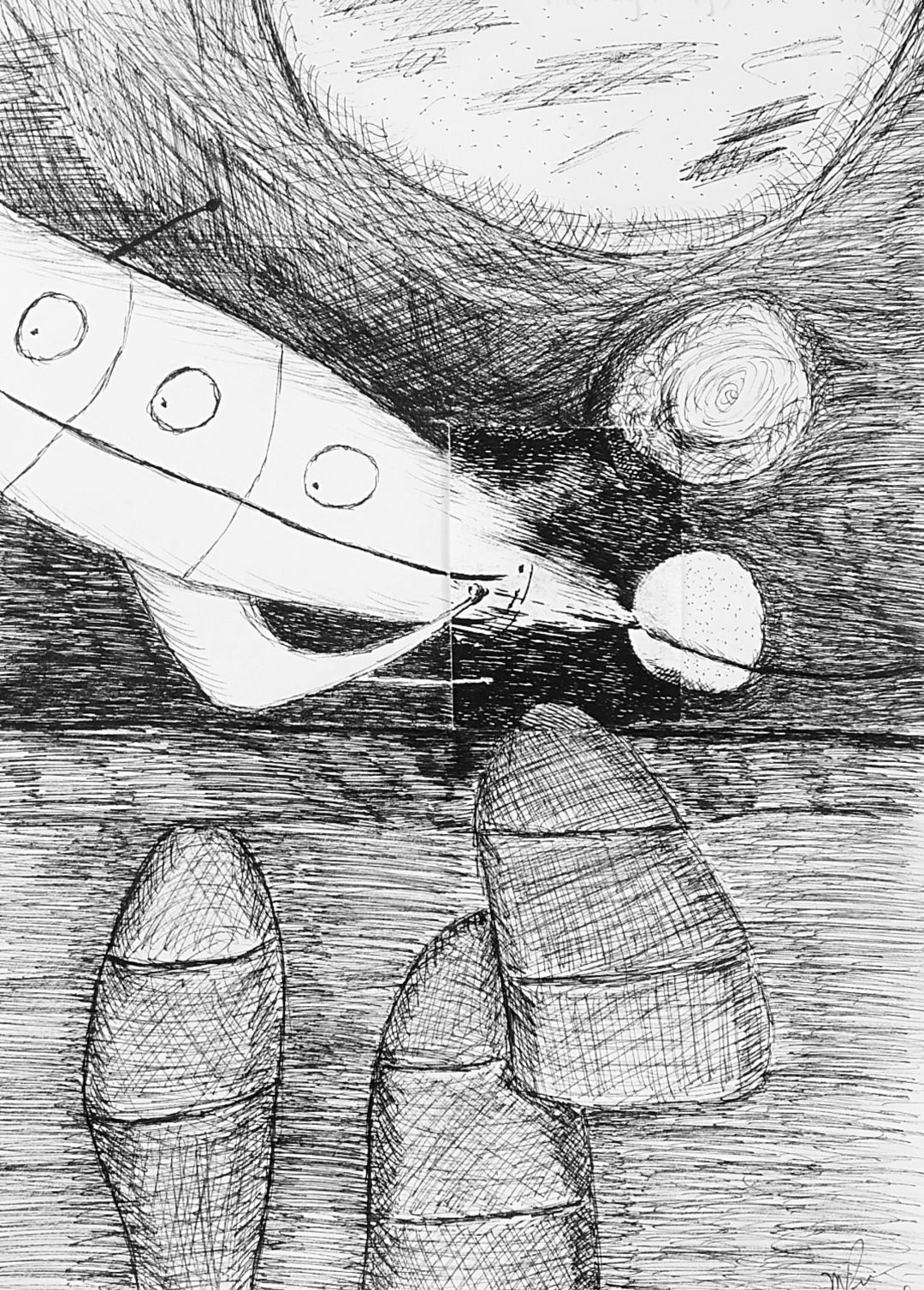 Following the Beelzebub & Bob drawing, the teacher suggested I try again, only this time with only one of the Goya squares. So I did. I now had a couple of Pixma fine point pens to work with, instead of that silly metal nib and inkwell.

I just drew outward from the lines on the square and let my hands figure it out. Very quickly, an image of the tail end of a retro spaceship filled the screen of my imagination and I was propelled into pulp fiction illustrations and movie posters from the 1950s.

The top part came first, even before I saw the horizon line. I had a spaceship in space, but what was it doing? It had to have something to do with a deserted and dangerous planet. Then Robbie the Robot’s voice came to mind and I heard the familiar warning: “Danger, Will Robinson” over and over again. Before I knew what I was doing, the monoliths were formed, and the spaceship was zooming away after rescuing Will again.

I fiddled with contours and some crosshatching, but it was done. The story complete.

I’m still not sure what Goya etching this square comes from, and I frankly don’t care that much. I just learned how to create something completely new and discovered how to describe a part of my own art practice: I need to hear the story the image tells me to know it is done.

Art that Expresses the Heart

See All The Benefits of Online Education

Help us change the world as we help you change yours

How to teach a kid to read

How to teach your children to read

All About Making Jewelry, Art, Photography