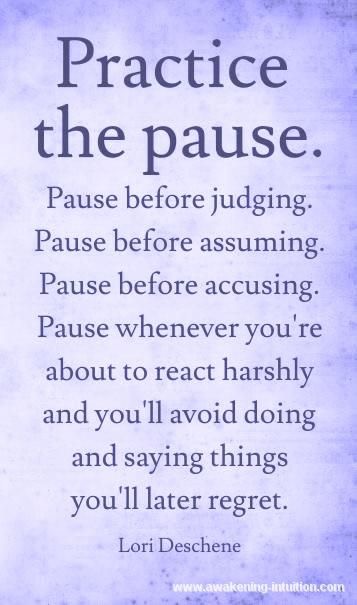 Our brains process stuff at lightning speeds, the the faster the processing, the more reactive the result will be. We will always react, but a pause gives us a moment to consider how best to act upon, instead of reacting. It really is a fragment of a second. You deserve that fragment, so take it to avoid further recrimination from others and yourself.

What gives you pause?

One thought on “Wednesday’s Wisdoms #17: Now, wait a blessed minute!”

A WORLD OF COLOUR

It's all about Inspiration

Inspiration is our vision as it is the key to success. This Blog is about Personality Development, SEO, Amazon Affiliate Marketing, Blog ideas, and photography.

In the material and spiritual realm